Free delivery within New Zealand on orders over $150 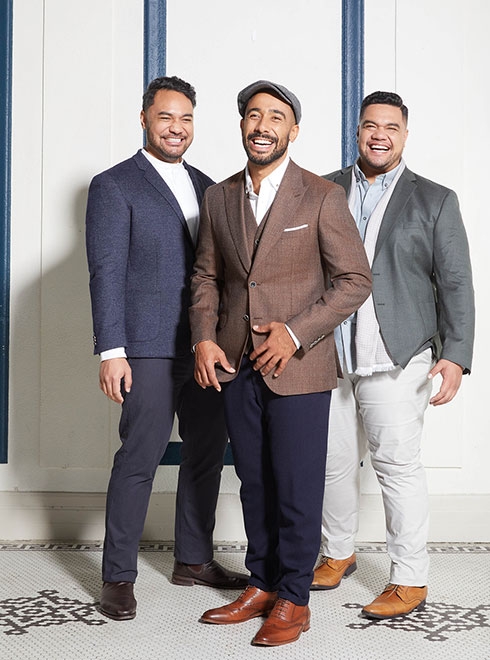 This project’s artwork, 3 Little Birds, represents Sol3 Mio. A bird is a culturally symbolic animal for us. The bird flies away; he carries his sense of belonging, carries his family, travels the world, and returns home. Three birds found in Samoas are featured: the broad bill / flycatcher (tolaifatu), the cardinal / honey eater (segasegamau’u), and the bar-tailed godwit (tulī). Each bird’s environment is celebrated though Pasifika designs and tapa patterns. 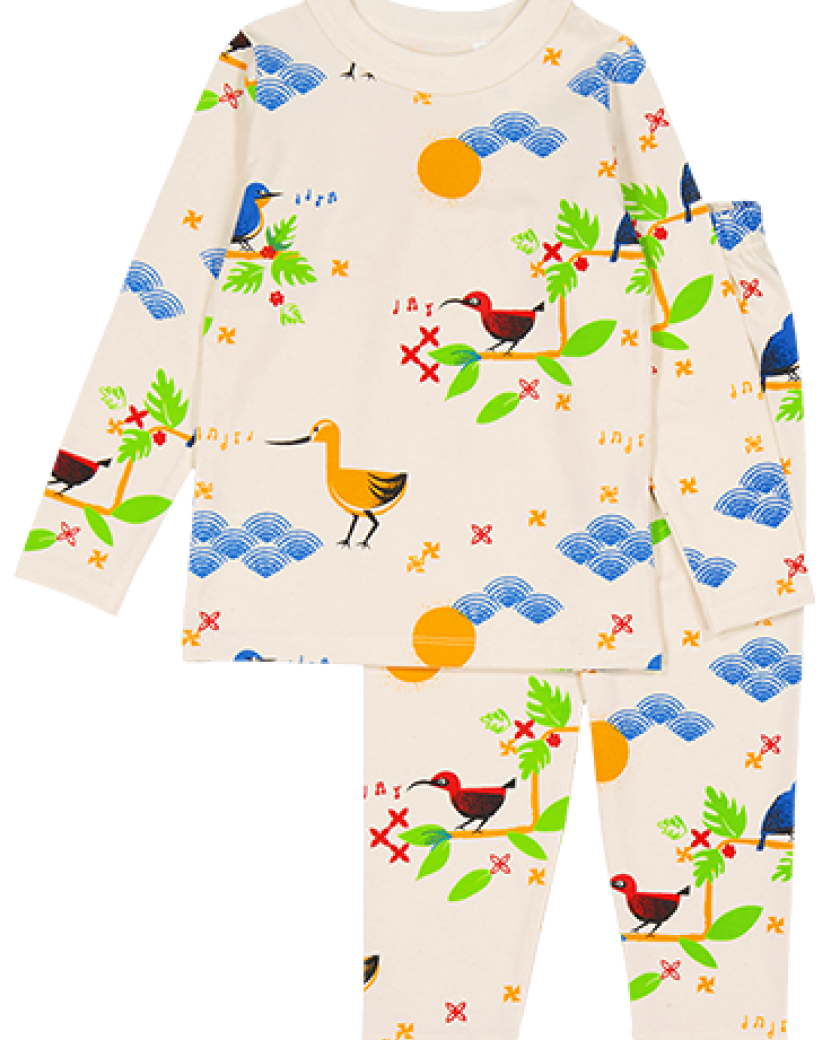 Meet the Designer Part 2: How Sol3 Mio is Great Full

On being passionate about music...

Amitai: For me, music was a calling. After high school I remember speaking to the associate professor of music at Auckland University, and I told her that I wanted to pursue medicine at the same time [as music]. She said not to because they were two really different and difficult subjects. She suggested that I go home, think about it, and come back the next day with an answer. When I did that, the first thing that came to mind was music.

Pene: I think the reason why I pursue [music] is because it's a great form of expression. It sets me free in some sense.

Moses: I feel music is just a part of who I am. Ever since I was a kid, I was always expressing myself. Speaking, writing, singing, performing - it was something liberating to express my feelings in a musical sense. And the kicker is that you're able to connect with people. I love people and I love everyone's different stories. Everyone's got something to say. I love being able to connect on that level.

On the driving force of Sol3 Mio...

Pene: Sol3 Mio began because we were looking for a way to continue funding this dream of studying music. Later, we understood why we were following this path in the sense of, "OK, it's no longer just about us. It's about this message that we give out to young Pacific Islanders or the people who want to pursue opera or classical music". And that became the impetus – the driving force behind Sol3 Mio. We were just so proud to be these three nobodies in a sense—in terms of classical music—taking over an art form that wasn't made for them.

Pene: When it comes to community, I think of a shared effort for something bigger. We all put together efforts to create something, whether it's to raise a child, to fulfil a dream, to create a show. In Sol3 Mio we decided to form a group and to sing and create this dream that we had.

Amitai: It’s being able to share in the same passion. As an example of that, I am here in London and I was invited out to a performance just last night by an old friend of ours, Julien Van Mellaerts. He's a Kiwi and he sings operatically here in the UK as a baritone. I haven't seen Julien in years, but it was as if we hadn't spent so long apart and we just got back together and things were exactly the same as they were 'back then'. That energy within your relationships stays regardless of where you end up working, where you end up living and where you end up performing. That for me is definitely what community is all about.

Pene: Music provides a rare opportunity for double-sided gratefulness: artists are incredibly grateful to be out there doing their thing, and the audience is incredibly grateful to experience a live performance; to feel this emotion again, to feel human. It's like the art makes them realise that they're human and they can travel the world and be released from all the stress. In a theatre situation everyone is grateful. I'm grateful for you watching and you are grateful for me performing. It works in both ways.

On the inspiration behind the 3 Little Birds artwork...

Moses: We sing a lot about birds. It's part and parcel, being Islanders and where we come from. This project’s artwork, 3 Little Birds, represents Sol3 Mio. The bird is a very symbolic animal for us. The bird flies away; he carries his sense of belonging, carries his family, travels the world, and returns home.

Amitai: Three birds found in Samoa are featured: the Samoan broadbill / flycatcher (tolaifatu), the cardinal honeyeater (segasegamau’u), and the bar-tailed godwit (tulī). Each bird’s environment is celebrated though Pasifika designs and tapa patterns.

Moses: The research Cure Kids funds isn’t one boxed thing. It's actually a lot of things: it’s cancer, mental health, autism. It's asthma – I'm asthmatic myself and have felt the effects of this condition. Cure Kids is exactly what you think it is. It's to help cure kids.

Pene: When I think about curing kids, you're curing the next generation of our country. And when you think of it that way, you're kind of like, why wouldn't you want to support that? By helping curing to save future generations. It's a beautiful thing.

On collaborating with Great Full on Jams to support Cure Kids...

Amitai: My hope for this project is that we can raise as much money as possible to help the kids in need.

Moses: They're great jams. And it's us, it's Sol3 Mio. We're always jamming on stage. We are the jamming masters. 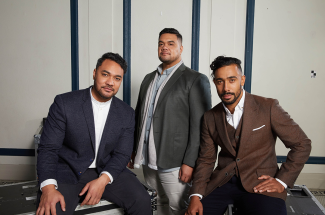 Read the final instalment of our interview with Sol3 Mio.
Read more