Free delivery within New Zealand on orders over $100 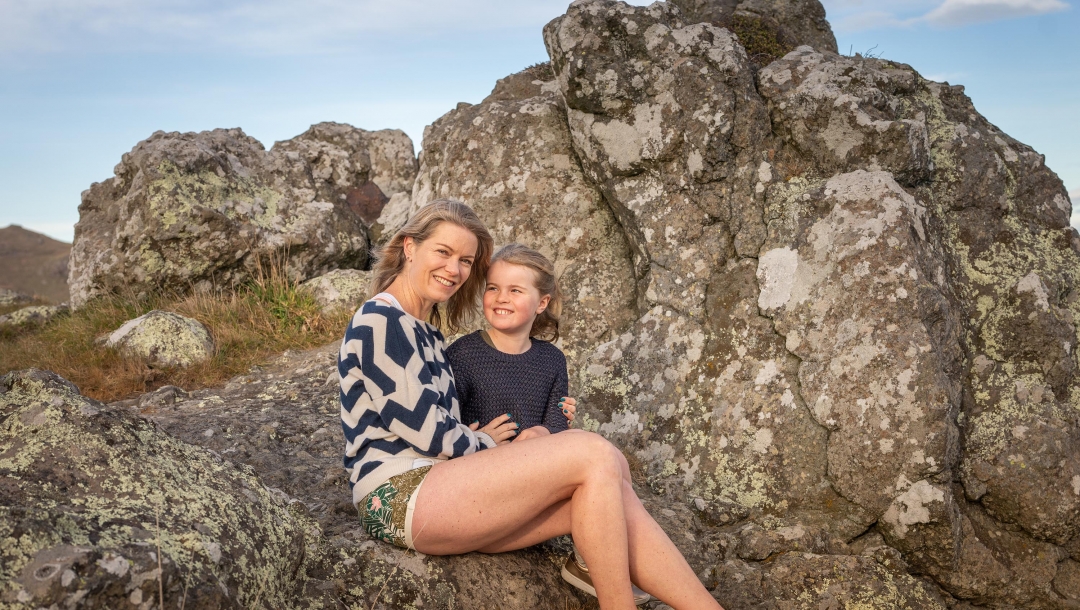 How I survived bowel cancer as a young woman

Hailing from Christchurch, Bowel Cancer New Zealand ambassador, Chelsea Halliwell, was diagnosed with bowel cancer at 39 years’ old. Here, Chelsea shares the story of her journey and coming out the other side.

What was your experience being a young woman diagnosed with bowel cancer?
Life was going beautifully in 2015. I’d established my own business, and our children were moving out of that challenging infant stage.  I was 39, fit, healthy and bullet-proof.

Then I started noticing some odd symptoms, including a bit of blood when I went to the loo.  It was infrequent and I didn’t think much of it.  Beetroot for dinner, perhaps. I’m usually a “she’ll be right” kind of person – but because of my children, I made an appointment with my GP.  And – here’s where I got lucky – she didn’t find anything on examination but still referred me straight away for a colonoscopy.  From what I hear, this doesn’t always happen, so I’m just so fortunate she was on the ball.

The specialist asked if there was any family history of bowel cancer.  It was the first time the words had been said aloud and I burst into tears.  I found it hard to calm down during the procedure and silently sobbed through it.  I had a feeling something was wrong by their manner and the time the procedure took.

From then, it was a whirlwind.  A major operation.  70% of my bowel removed.  Fortunately, no colostomy bag, although I’d come to terms with that if it meant being alive for my kids.  Six months of intense chemotherapy.  It was a shitty year, s’cuse the pun.  And I’ve bounced out the other side.  I’m five years on now, and life is back to normal, as normal as it can ever be after something like that.

Now how do you choose to live a healthy life?
Aside from regular blood tests and colonoscopies, I focus on keeping fit and strong, and eating well. I focus on my mental health, too. I get much more tired than I used to, so I need to really compartmentalise things.  I am all about time. I know that the most important thing in life is time with my family, and time for all the good things. So, I’m usually the one hatching a plan for an adventure away, special time with the kids, or a night with friends. Work and school get in the way sometimes, but we’ve gotten good at flexibility!

What is your ‘Never Too Young’ campaign?
My story ended well.  But the news is not so good for hundreds of younger adults in New Zealand every year.  “You’re too young, too healthy, too fit,” is often the catch cry, and many are misdiagnosed for months or years before presenting with advanced bowel cancer.

This disease kills four times as many of us as the road toll, and more than both breast cancer and prostate cancer combined.

Why?  I believe it’s because lack of awareness and the sometimes-awkward nature of the conversation leads to late diagnosis.  Many patients don’t know they have bowel cancer until it’s too late.

Bowel Cancer NZ asked me to become a community ambassador in 2018 and I wanted to use the opportunity to raise awareness of the rising epidemic of this disease in people well under 50. With the support of my good friend, Tania Biddles, we created the Never Too Young campaign, telling the stories of ten brave young bowel cancer patients and survivors.

What do you think about our access to healthcare?
We have a public health system that is hugely under pressure, and which is triaging people for bowel cancer screening based on availability of resources and on age.  Unfortunately, that has created a postcode lottery, where the screening and treatment you get depends on where you live and how old you are.

It’s really important to know that you’ve always got options though.  If you can’t get through on the public system, ask your GP if there is a charity hospital in your region.  Or consider paying for a private appointment.  It might cost you a couple of thousand dollars – but it might save your life.  It’s worth considering, because unfortunately our under resourced health service is costing lives.

What does community look like to you?
Those that can, stepping up to help. If you’re in a position to do something that makes things better for everyone, why not. It might be a friendly word to a neighbour, or shopping locally, or gifting some time and skill. Everyone has something they can give, sometimes it just takes a little thinking to work out what that is.

What are you grateful for?
Most importantly, that I’m here.  The scariest sentence I’ve ever heard?  My specialist told me that “This was an aggressive tumour. Six more months would have been a very different story”. So, I’m grateful I took the scary step of going to the GP, because it would have been easier not to.

Photographs of Chelsea and her daughter, Georgie, are by Johannes van Kan